Namaste readers! For this blog post, it's going to be pretty simple. I'm going to try to plug two things at once - something from myself, and something from a fellow Maa Kali devotee that I came to know via Facebook.

First, I'm going to plug this fellow Maa Kali devotee's Facebook pages. She runs a couple of Facebook pages that I know of, with more content on other social networks, but it basically focuses on the good of Hinduism, and focuses on its positive aspects to encourage pride among its followers in India and beyond. I know that sounds like a lot of other Hindu social media sites out there, but what's different about this one is that she really puts some effort into her content - she makes videos, writes detailed posts, and chronicles important dates.

Her primary page is the Ancient Hinduism, with a Maa Kali dedicated page called Om Shakti - Om Krim Kali. There are links to her other social media spaces on those Facebook pages, including a beautiful Tumblr page.

As for the thing I'm plugging from myself, well, some listeners to the songs I have posted here have wondered why I have gotten into Carnatic (South Indian classical) music. Well, I explain why in the video below: 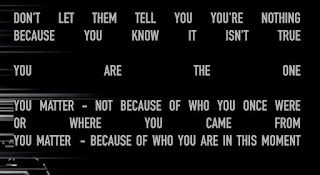