Apologies for not uploading one of these in a while. Truth be told, although talking with Maa Kali has become almost effortless for me, putting pen to paper (or rather finger to keyboard in this case) to record these conversations has been a bit difficult for me. Not because I don't want to talk to Maa Kali, but rather because I need time to make these conversations coherent, if that makes any sense.

This particular post deals with the Divine Feminine, just general questions about it. My usual disclaimers apply (see my previous entries for said disclaimers). 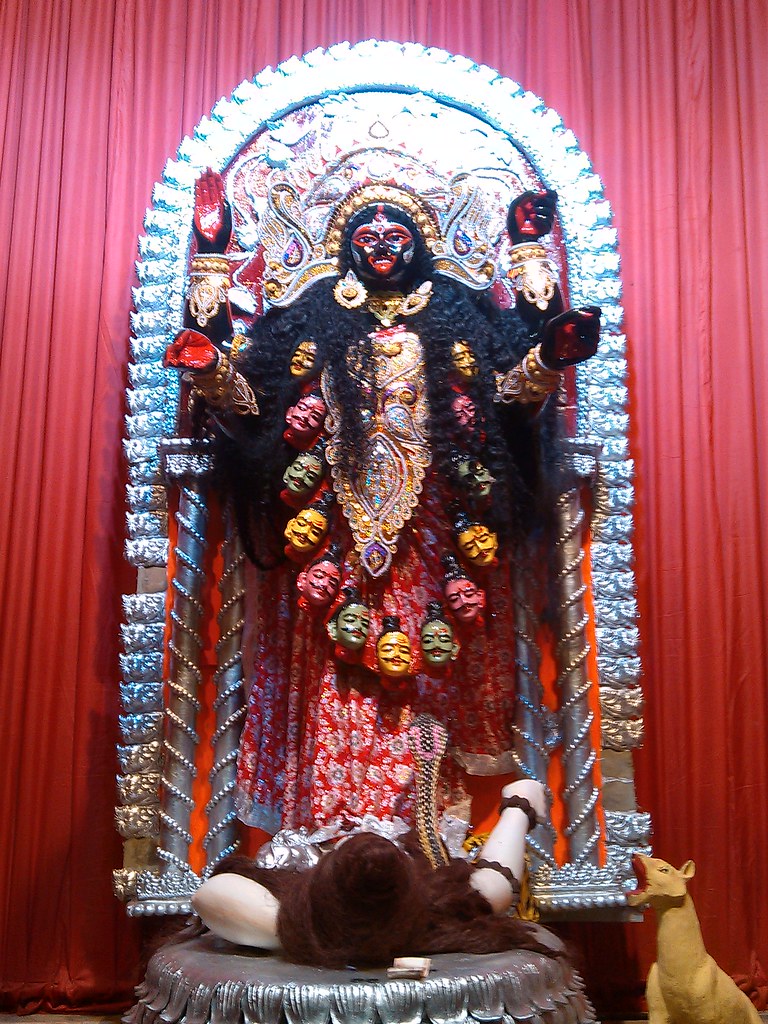 Namaste, my child. I can tell you have more questions for me...on who I am, on what I do.

I do, Maa Kali. I want to know more about the Divine Feminine.

Why is the Divine Feminine lacking in this world?

It is lacking not because of the Divine Masculine being inherently malicious or evil. It is not. But when it is out of balance as it is in this kali yuga, when one of the two forms, be it masculine or feminine, becomes dominant instead of harmonious, that is when problems arise. It is people like you who are needed to bring back the balance.

How am I supposed to do that?

First, by being yourself. Part of being one with the Divine Feminine means loving and respecting yourself. The Divine Feminine truly revels in the self, because the self knows it is needed, and has a role and place in the universe that is not inherently subservient. Such is the true nature of dharma - knowing that one is needed, and fulfilling one's needed role in whatever way you know is best.

It is, my child. You yourself know this, if not consciously, then unconsciously. When the Divine Feminine is lacking as it is in this world, individualism and personal freedom are not non-existent. Rather, such concepts get corrupted. They become hypocritical. These concepts get perverted from merely being oneself to benefiting oneself at the expense of others. This in turn leads to further corruption of such ideals, to the point where on the surface, a society may encourage individualism, but in reality enforces conformity.

It sounds like an almost insurmountable task to bring back balance in such conditions.

Again, I do not expect you to save this world. my child. Not by yourself. You must remember you are not alone. Always remember that I am with you.

I'm not sure why, but at this point my head was filled with so many questions and thoughts that my own mind became incoherent. I got frustrated because I had so many questions and the noise in my head prevented me from hearing Maa Kali's answers. Maa Kali simply reminded me that I can always ask Her questions again at another time, and caressed me with Her love. This is what I meant when I said that I need time to make my conversations with her coherent.

Please be patient with me as I take time to sort out what Maa Kali has told me for future entries in this series. I need time to focus.
Posted by Webimpulse at 4:05 PM 7 comments: